Engage in productive dialogue by investigating different perspectives and the knowledge of participants, to reach agreement on what is considered viable, relevant, valid or empirically true.

There are many paths people can follow to arrive at a decision with others (majority, consensus, authoritative, etc), but for any approach that uses reason as a basis for that agreement, they typically follow a similar pattern of Reasoned Decision-Making.

Reasoned Decision-Making lays out the process that groups take when applying reason to check whether a proposal, existing agreement or amendment is good enough, or if a particular argument is relevant, valid or empirically true.

The steps of the process

Step 1: Present the subject for investigation (this could be an argument, or a proposal for how to proceed).

Step 3: Check if anyone disagrees with the subject (meaning they question the viability of the proposal or the validity of the argument), e.g. by using hand signs. Any disagreements are explained in Step 4. If there are no disagreements, proceed to step 6 (Celebrate), otherwise take one disagreement at a time and:

Step 4: Dispute: Hear the reasoning for the disagreement and determine if the argument put forward has any validity.

Step 5: Integrate any information revealed in the previous step to improve the subject, then go back to step 3.

How people undergo each of these steps varies and depends a lot on culture, context, preference, the number of people involved, and on whether they are communicating asynchronously or meeting face-to-face.

Mapping Reasoned Decision-Making to other patterns in S3

Reasoned Decision-Making is reflected in all of the S3 process patterns that support groups to reach agreement. Understanding this meta-pattern helps people to more effectively apply them:

Each of the three processes focuses on the investigation of a different subject: 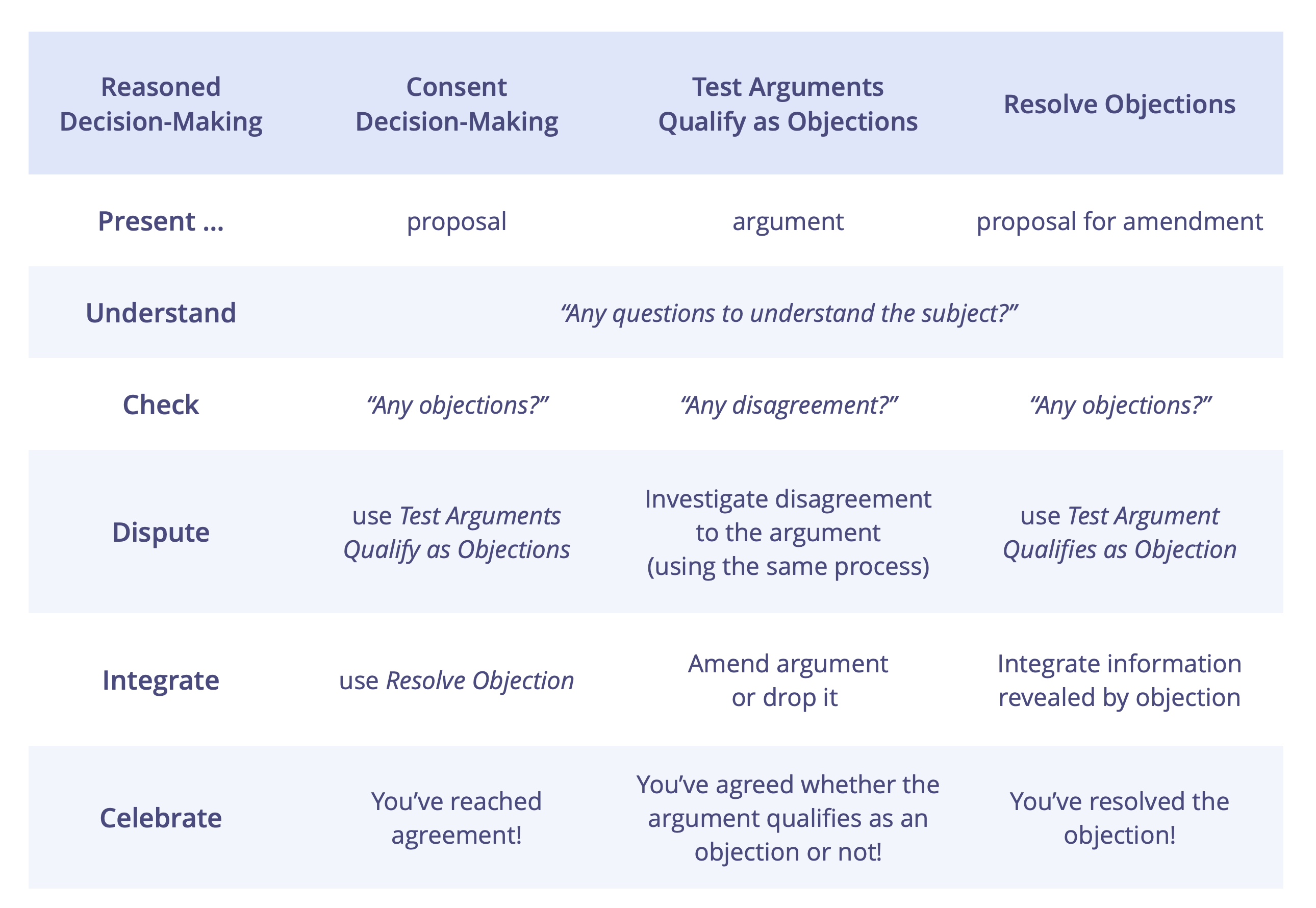