Use the information revealed by an objection to identify ways to evolve proposals, agreements and actions to a good-enough state.

Typically it’s most effective to take one objection at a time, come up with a proposal for an amendment, resolve any objections to that amendment, and then continue with the next objection to the overall proposal.

A proposal becomes an agreement when all objections have been resolved.

Objections are resolved by amending the proposal. Amendments can include:

There’s always an iterative next step of some kind that you can take! Even if a proposal doesn’t fully address the driver, reaching agreement about one or more iterative next steps is often good enough. It’s also helpful sometimes to break things down into small steps, especially when you’re dealing with complex or complicated situations.

Objections can be resolved by following the process outlined in Reasoned Decision-Making:

Step 1: Come up with a proposal for an amendment

Step 4: Hear the reasoning for the possible objection and determine if the argument put forward has any validity.

Step 5: Integrate any information revealed in the previous step to improve the proposed amendment, then go back to step 3.

Step 6: Celebrate! You’ve agreed on an amendment that resolves the objection! 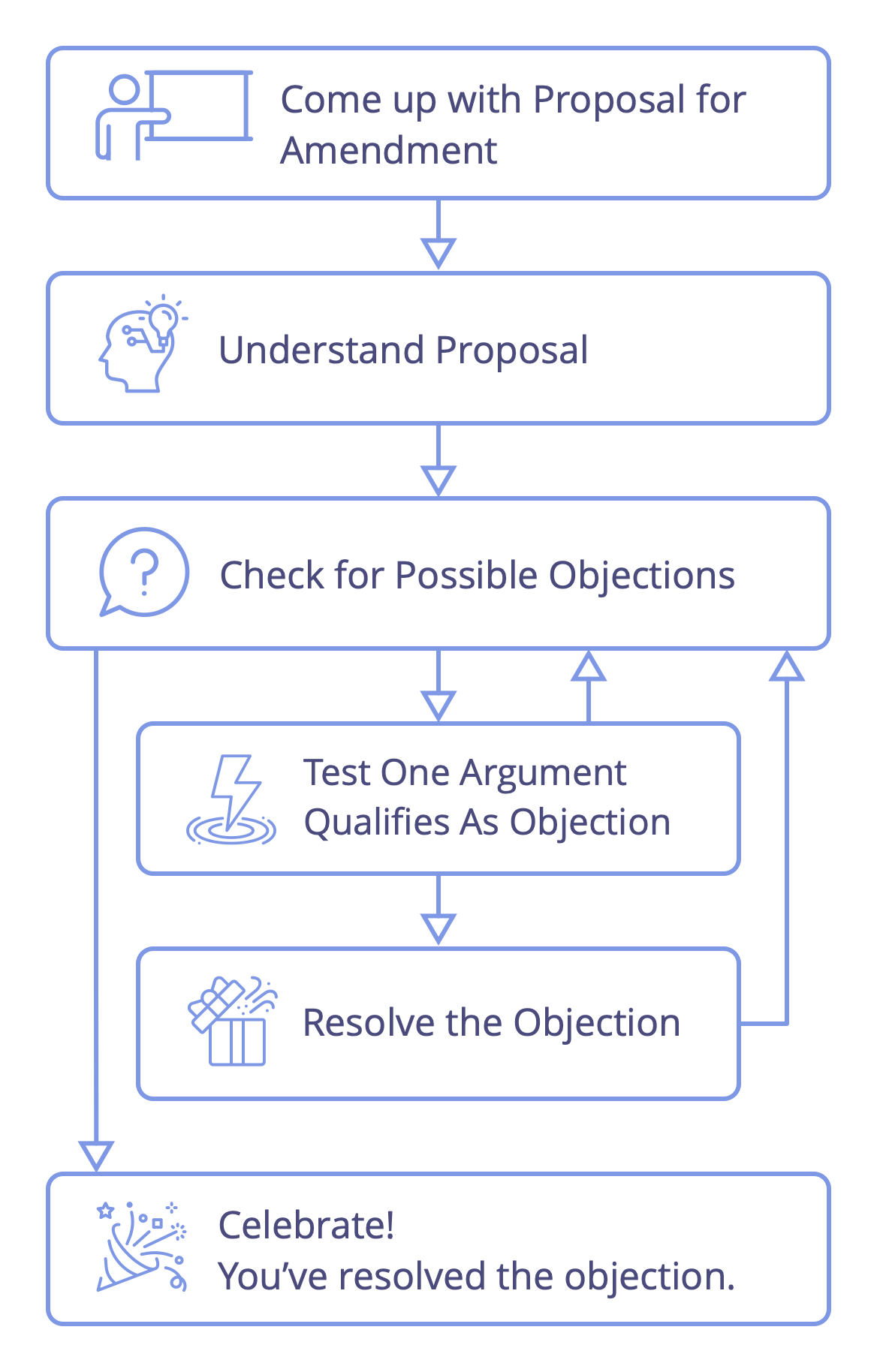 Below you’ll find more guidance on how to go through each step. This process can be repeated until all objections have been resolved. As with all patterns in S3, your approach to resolving objections can be adjusted to suit your context.

Step 1: Come up with proposal for an amendment

There are many ways to come up with an amendment. Below are some typical options you can use. We recommend you use them in the order they are presented: if the first option does not work, go to the next one, and so on. Once you get more familiar with the process you’ll be able to discern in the moment which option is more suitable.

As with any proposal, an amendment suggestion gives you a starting point that can then be refined through inviting and resolving objections. (see Step 4:Test One Argument Qualifies as Objection)

It’s often helpful to repeat or summarise the amendment and write it down for everyone to see.

Ensure everyone understands the amendment being proposed.

Facilitator asks: Any questions to understand the proposed amendment?

People consider the proposed amendment and then indicate if they have possible objections or concerns.

This step is simply about identifying who has possible objections or concerns. Arguments are heard in the next step.

Facilitator asks: Are there any possible objections, or concerns to this amendment? (note that the subject here is the amendment, not the whole proposal!)

Many groups use hand signs as a way to indicate quickly and clearly if anyone has any possible objections.

Repeat the process: use the Resolve Objection pattern to resolve one objection to the amendment.

As you can see, the Resolve Objections pattern can be used recursively. Below you will find an illustration that shows how this works. 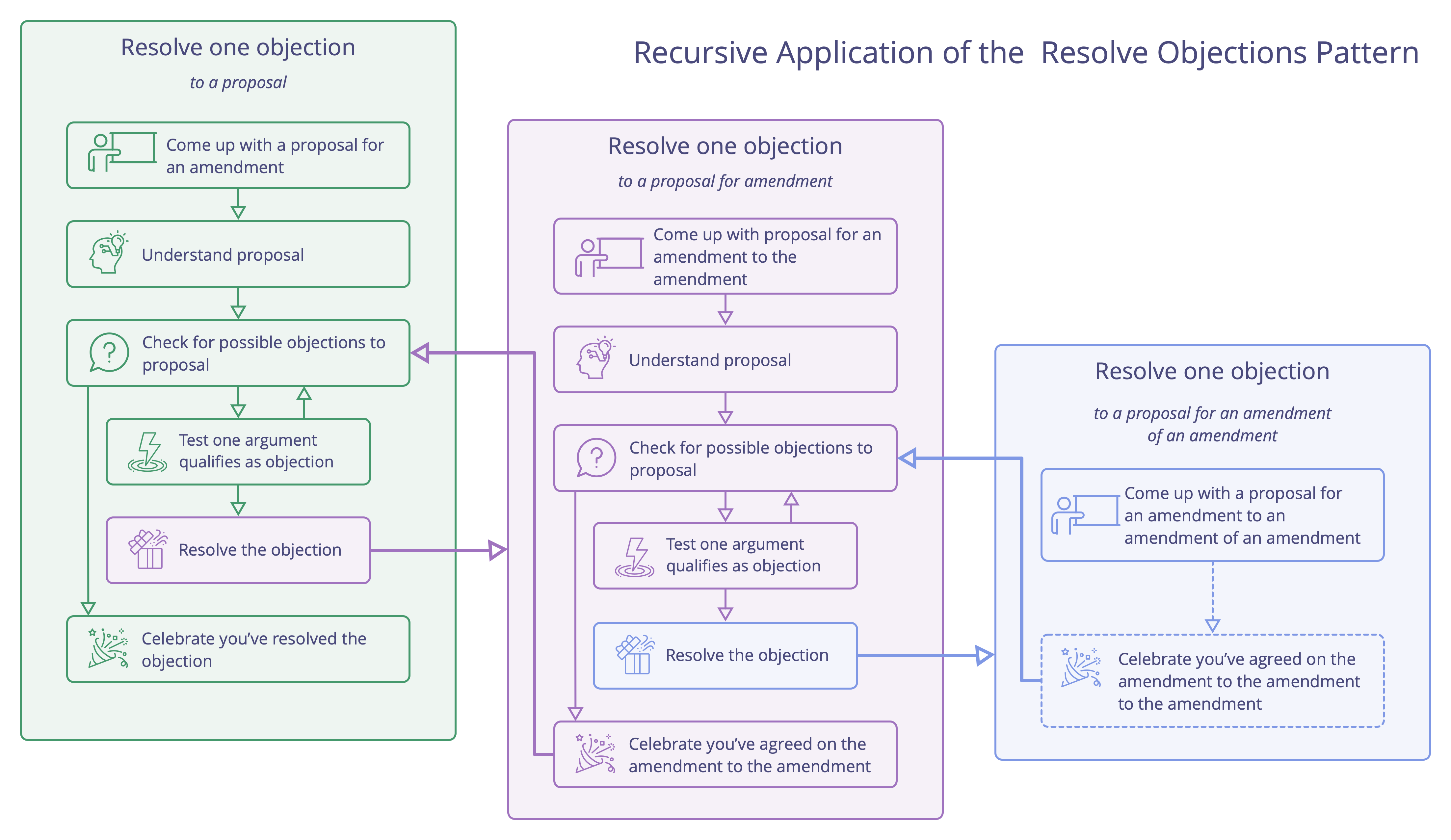 Read next: Evaluate And Evolve Agreements